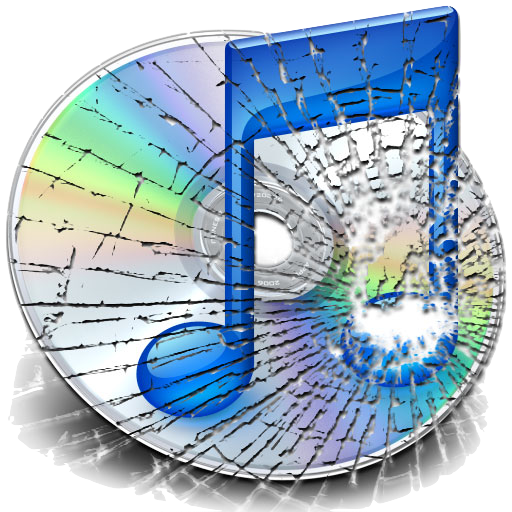 Inside the standard iTunes 12.7 installer is a postinstall action script called  startFpsdDaemons.sh  that has some bugs that cause issues with tools like AutoDMG. 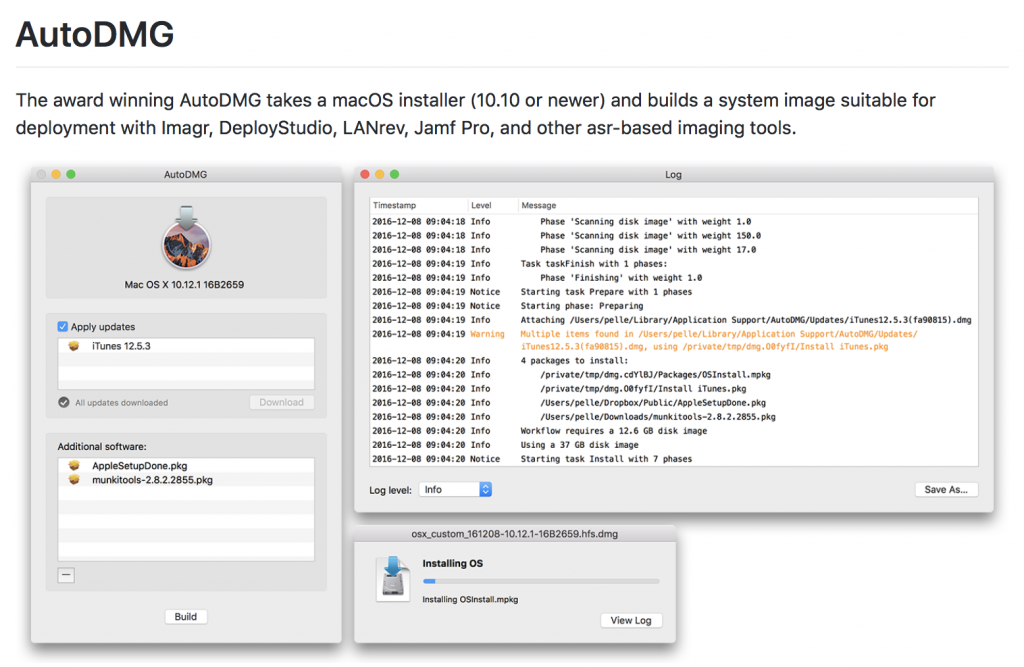 Incorrect Permissions
First, the script has incorrect permissions -rw-r--r-- . So, the group and other users, do not have execute permissions.

Syntax Error
And has a syntax error on line 123:

Note, the last quote is a smart quote in unicode. Smart Quotes are a special kind of quotation mark where the opening-quote and the closing-quote are visually different. Sometimes they are also known as “curly quotes”. In many typographic settings, this is preferred to the more mundane “straight quote”. Many times this will cause issues in scripts and code, you will get an error and the code won’t run.

The script is unable to run due to these issues and will get a syntax error once it has been ran.

If the script doesn’t run properly, it will not create the _fpsd  user, unload the com.apple.fpsd.plist  LaunchDaemon and properly kill the adid  and fpsd  processes.

OS Code Names
Note, of interest is the following comments in the postinstall action script:

# for Syrah or higher unload and load fpsd if it exists

# For Lobo or higher unload and load adid if it exists

Workaround & Fix
We fixed the script, removed the smart quote…

And changed permissions to -rwxr-xr-x , giving group and other users execute permisions.

So, now we get the following output with the script properly running:

And created a package installer of the fixed script which fixes the issue in AutoDMG.

Credit
We want to give credit to our own Topher Nadauld, for the great detective work tracking this issue down. Great job!!!

Bug Report
This issue has be filed in Apple’s Bug Reporter system, radar number: 34719508 .
And this has been added to the community open radar here. 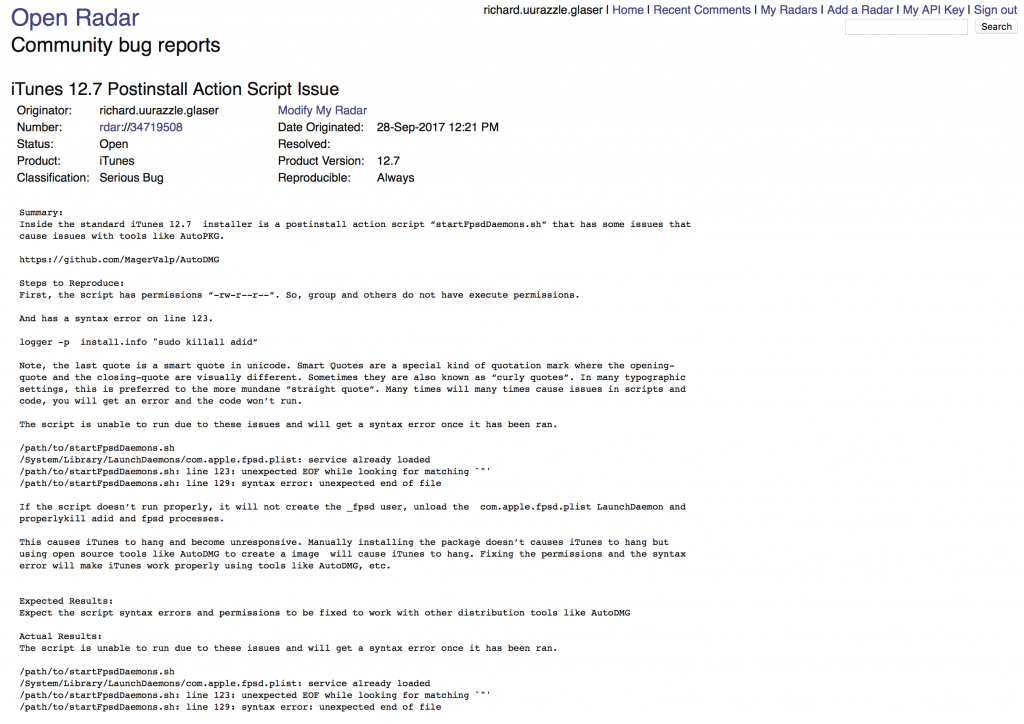