The University of Utah, MacAdmins Meeting is held monthly at the Marriott Library on the 3rd Wednesday of each month at 11 AM Mountain Time. Presentations cover Apple technology and integration in a heterogeneous university enterprise environment. This months meeting will be held on Wed, November 15th 2017, and we will provide live broadcasted and archives that will be made available 2-3 days after the meeting.

If you have suggestions on presentations, questions or comments, please your the Contact Us option.

Docker is the world’s leading software technology providing containers which builds an additional layer of abstraction and automation of operating-system-level virtualization of Windows and Linux. Docker uses the resource isolation features of the Linux kernel such as cgroups and kernel namespaces, and a union-capable file system such as OverlayFS and others to allow independent “containers” to run within a single Linux instance, avoiding the overhead of starting and maintaining virtual machines (VMs).

In this presentation, Chris will cover what Docker and containers are, describe how Docker works on macOS, and demonstrate how Docker can solve some common software development problems.

About Presenter
Chris Jones is a Senior Developer at Viget Labs, a full service design and development company specializing in the web and custom software. Chris graduated from Virginia Tech in 2005 with a BS in Computer Science and has been building software for the web ever since. He works with a variety of technologies, including Ruby, JavaScript, Go, and Elixir. When he is not writing code, you can find him fine-tuning his vim config, playing piano, or out at the movies.

New Interface
Jamf Pro 10 has a new look and features that make it easier for new IT to get started and be productive. It includes a new dashboard that provides quick access to the policy status, smart groups and patch information; table views with interactive tables now allow users to easily customize their view and sort their data; collapsible menu sidebar menu that gives users more screen space to work with when they need it; breadcrumbs that allow users can see the path they took and get a quick link back to where they’ve been; contextual warnings that will help users solve common issues quickly while also directing them where they need to go; and is more mobile friendly allowing users to ccess Jamf Pro 10 on their mobile phones and perform common management tasks.

Patch Management
Improved patch management which gives IT administrators automatic visibility into which devices are eligible for each patch and purpose-built patch policies to help automate the scoping and delivery of software patches. With automated patch management software notifications, you’ll always know when third-party software patches are available so you can take action; patch distribution allows distribution of patches to an individual or group. Make software patches available to users on demand or push them directly to devices; patch packaging allows you to deploy off-the-shelf patches with ease. Or, build custom software packages with a simple point-and-click interface in the format of your choice. Sign packages for frictionless deployment without security warnings; Patch reporting give complete visibility into the status of your patches, report on all of the software titles and versions installed in your environment. See which computers are on the latest version and which aren’t, giving you the ability to demonstrate compliance or take action.

Jamf is also unveiling a new Marketplace and Developer Program to showcase new integrations with its solutions like Jamf and Microsoft have a new Enterprise Mobility + Security (EMS) Partnership intended to encourage Mac adoption in the enterprise; eSpark has selected it as the exclusive Mobile Device Management partner for integrating Apple technology into K-12 classrooms, and many others. 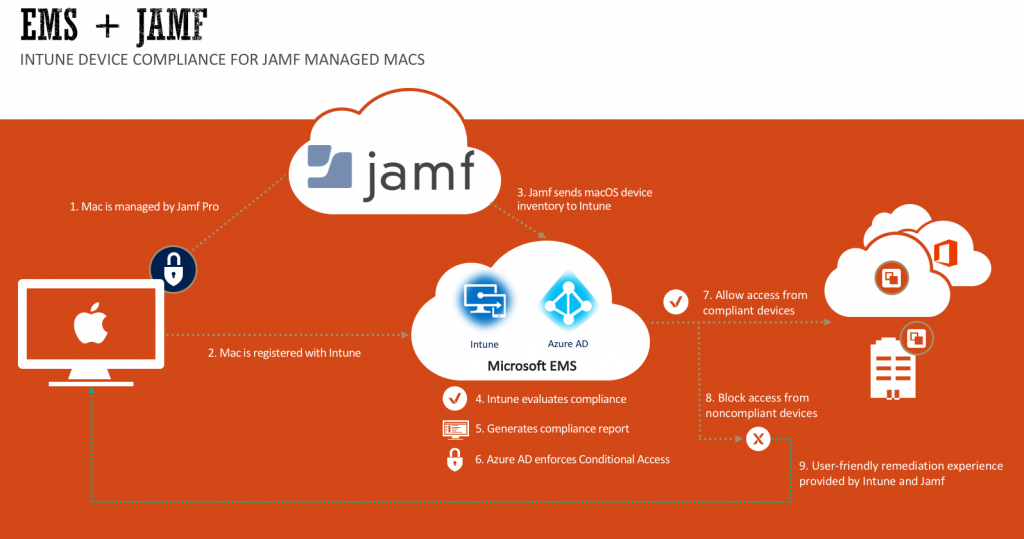 About Presenter
Si has been managing Macs since 1998 and working for Jamf for 5 years in the education space.

In this presentation Joseph Cohen will lead you through the various use cases of Ignision Server and will demonstrate how in less than 10 minutes you can set up terminal services for macOS for upwards of 30 users per server with Active Directory integration.

The macOS environment is delivered by both Microsoft’s RDP protocol and Aqua Connect’s proprietary Ion protocol, thus providing a wide range of supported devices as well as different bandwidth and performance abilities depending on an organization’s needs. The Ion protocol is able to deliver a fast and native user experience with multimedia acceleration that excels in most low bandwidth situations. Ion is capable of running on any OS, allowing you to deploy macOS to most devices.

Example
Here Nisan  example of a video demonstrating editing a 4K video through a Windows client with Final Cut Pro X using the the Aqua Connect Ion Protocol. This shows the performance abilities of the Ion Protocol and options using the Ignision Server on a wide range of client systems.

About Presenter
Joseph Cohen, Chief Technology Officer, founded Aqua Connect in 2007 and has over 20 years in product and software development. Early on in life, Mr. Cohen was validated numerous times as a prodigy in the technology field, breaking countless records as the youngest person at the time to complete his CNE (Certified NetWare Engineer) and MCSE (Microsoft Certified Systems Engineer) and even receiving multiple letters from President Bill Clinton congratulating him and acknowledging his achievements. After high school, Mr. Cohen began doing consulting work for Novell and later Microsoft. His work at Novell focused on network protocols, scalability, and data storage solutions as he improved the GroupWise, NetWare Directory Services, and AppWare products. While working with Microsoft, he assisted in the testing and completion of Windows 95 and Windows NT 4.0, Windows NT 4.0 Terminal Server Edition, and was instrumental in the design phase of Exchange 4.0 (Microsoft’s enterprise email system). Mr. Cohen’s expertise with Exchange and GroupWise allowed him to create a custom productivity application that bridged two completely separate and dissimilar systems together. The product was later used within the health care industry. In 2002, he parted ways with Microsoft and began independently consulting for a variety of technology companies. One of his many projects included migrating an internal network infrastructure from Token Ring to the newer Ethernet. Throughout his career, Mr. Cohen realized the flaws with the TCP/IP protocol and its inability to offer both security and speed.  He founded Aqua Connect to build solutions to the problems he saw with current products in the market. Mr. Cohen is responsible for the entire product suite of Aqua Connect.

Note, due to scheduling conflicts with our usual meeting location, we will be meeting at the Marriott Library room 1705A located inside the Faculty Center located north of Mom’s Cafe.

For directions to the University of Utah monthly Mac Managers Meetings see the following web page. 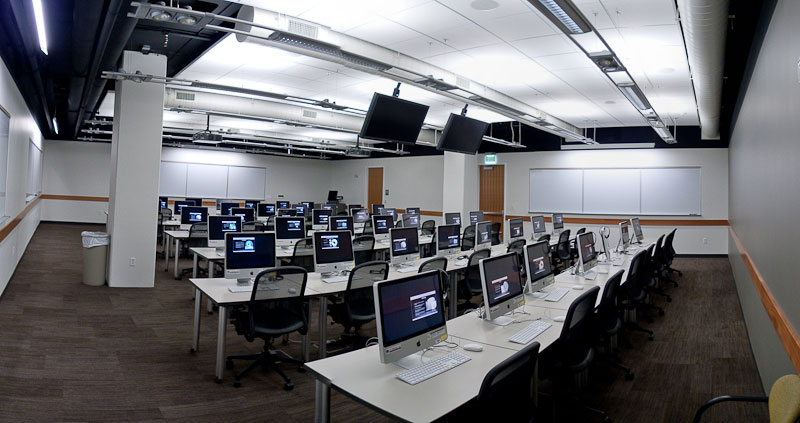 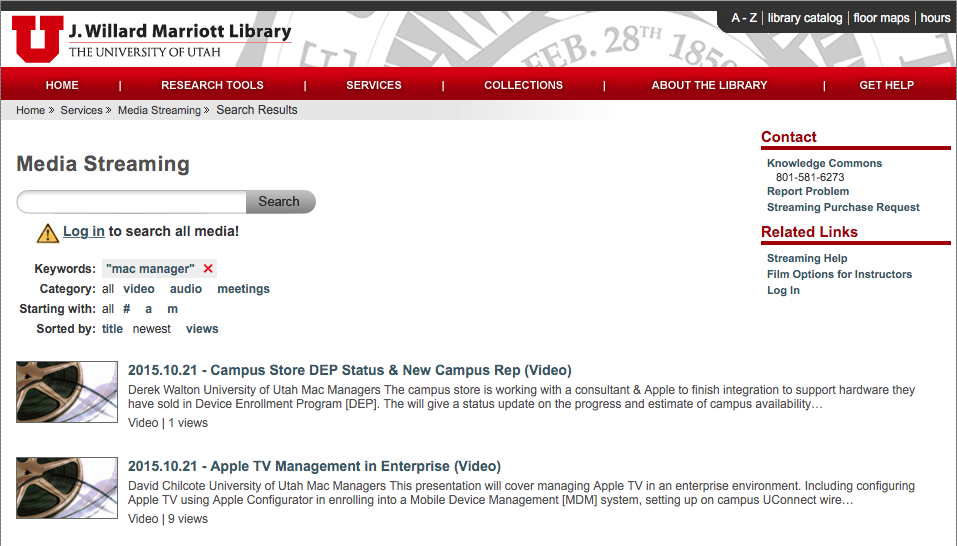